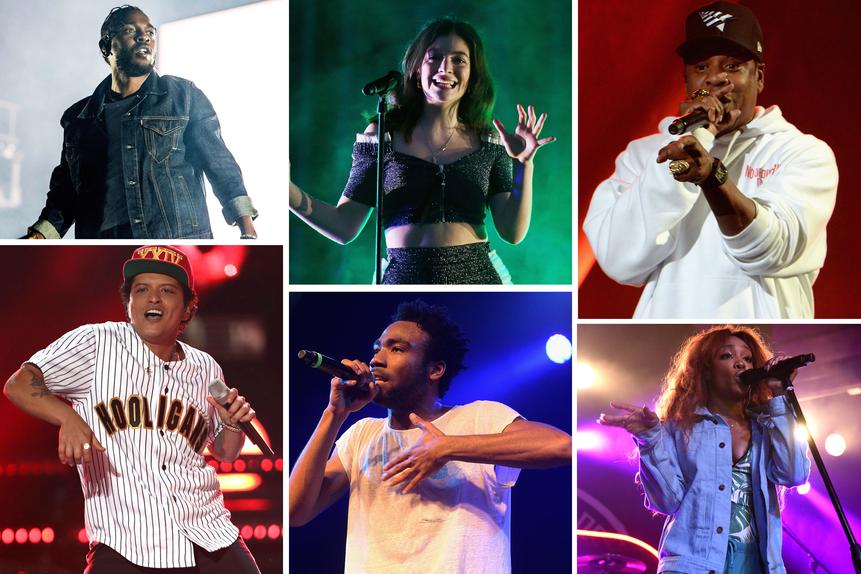 Rappers Kendrick Lamar and Jay-Z dominate this year’s shortlists – while pop behemoths Taylor Swift and Ed Sheeran are overlooked. Jay-Z is the leader of the 2018 Grammy Award nominations in a year where the top four categories are heavily dominated by rap and R&B artists, giving the often overlooked genres a strong chance of winning big.

Record of the year nominees include Jay-Z’s “The Story of O.J.,” a song about blackness and managing money that also references O.J. Simpson; Mars’ Top 5 hit, “24K Magic”; Lamar’s No. 1 smash, “Humble”; Gambino’s “Redbone,” which peaked at No. 12 on the Hot 100; and the year’s biggest hit, “Despacito,” by Luis Fonsi, Daddy Yankee and Justin Bieber.

Ed Sheeran’s third record, Divide, was largely snubbed. It did not receive a best album nod; instead, it was included in the best pop vocal album category alongside Coldplay, Lana Del Rey, Kesha, Lady Gaga and Imagine Dragons. His single Shape of You received a nomination for best pop solo performance. Taylor Swift’s single Look What You Made Me Do was eligible, but received no nominations.

Record of the Year

Album Of The Year

Song Of The Year

“Shape Of You” — Ed Sheeran